Breast Cancer Screening: A Thermogram is NO Substitute for a Mammogram 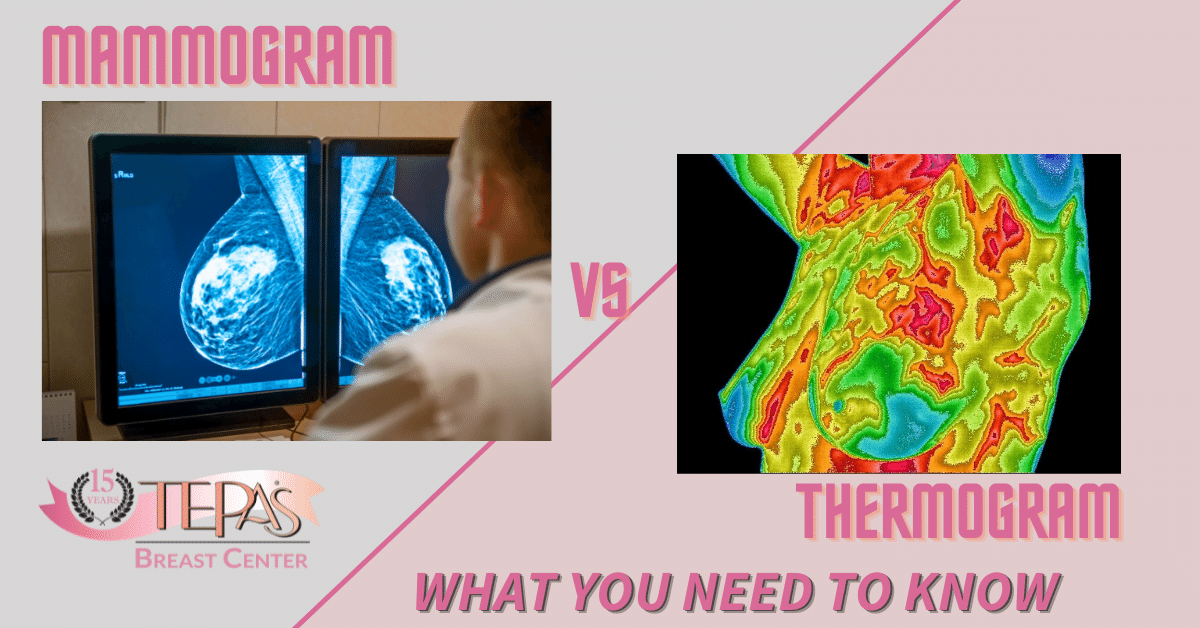 There have been reports of some health centers are providing information that can mislead patients into believing that thermography, a type of test that images heat patterns emanating from on or near the surface of the chest or body, is a proven alternative to mammography.

Mammography has been the “Gold Standard” in the detection of breast cancer in women. Mammography has undergone  extensive refinements and improvements since 1969, when it was first introduced. Early advances in x-ray anode and cathode chemistry and also film quality drastically decreased the radiation dose and quality of a mammogram. Later, digital and 3-D (Tomosynthesis) technologies have improved breast imaging far further than ever thought possible. There are over thousands of scientific papers written over the past fifty years proving the utility of mammography being the most effective primary screening method in the early detection of breast cancer, when it is most treatable.

There is NO scientific evidence to support the claim that thermography is a proven alternative to mammography. Thermography has never been shown to be effective as a standalone test for either breast cancer screening or diagnosis in detecting early-stage breast cancer. The greatest danger from thermography is that those who opt for this method (instead of mammography) may miss the chance to detect breast cancer at its earliest, curable stage.

Some websites claim thermography can find breast cancer years before it would be detected by other methods. There is no evidence in the medical literature to support this claim. The FDA has taken regulatory action against healthcare providers and the thermography device manufacturers who have tried to mislead patients into believing that thermography can take the place of mammography.

Talk to your physician if you have questions about mammography. Screening mammography detects breast cancer early and saves lives.

Thomas Robert Foster, MD Medical Director of TEPAS™ Breast Center American Board of Radiology Thomas Foster, MD earned his undergraduate degree from the University of Southern California. He then graduated from The Ohio State University College of Medicine in 1984 and received Fellowship training from the Cleveland Clinic Foundation. With over 36 years of diverse experience, Dr. Foster specializes in Interventional and Diagnostic Radiology and is certified by the American Board of Radiology. He has been affiliated with many hospitals including Holmes Regional Medical Center, Melbourne Regional Medical Center and Sebastian River Medical Center. He is currently the Medical Director of at TEPAS Breast Center.